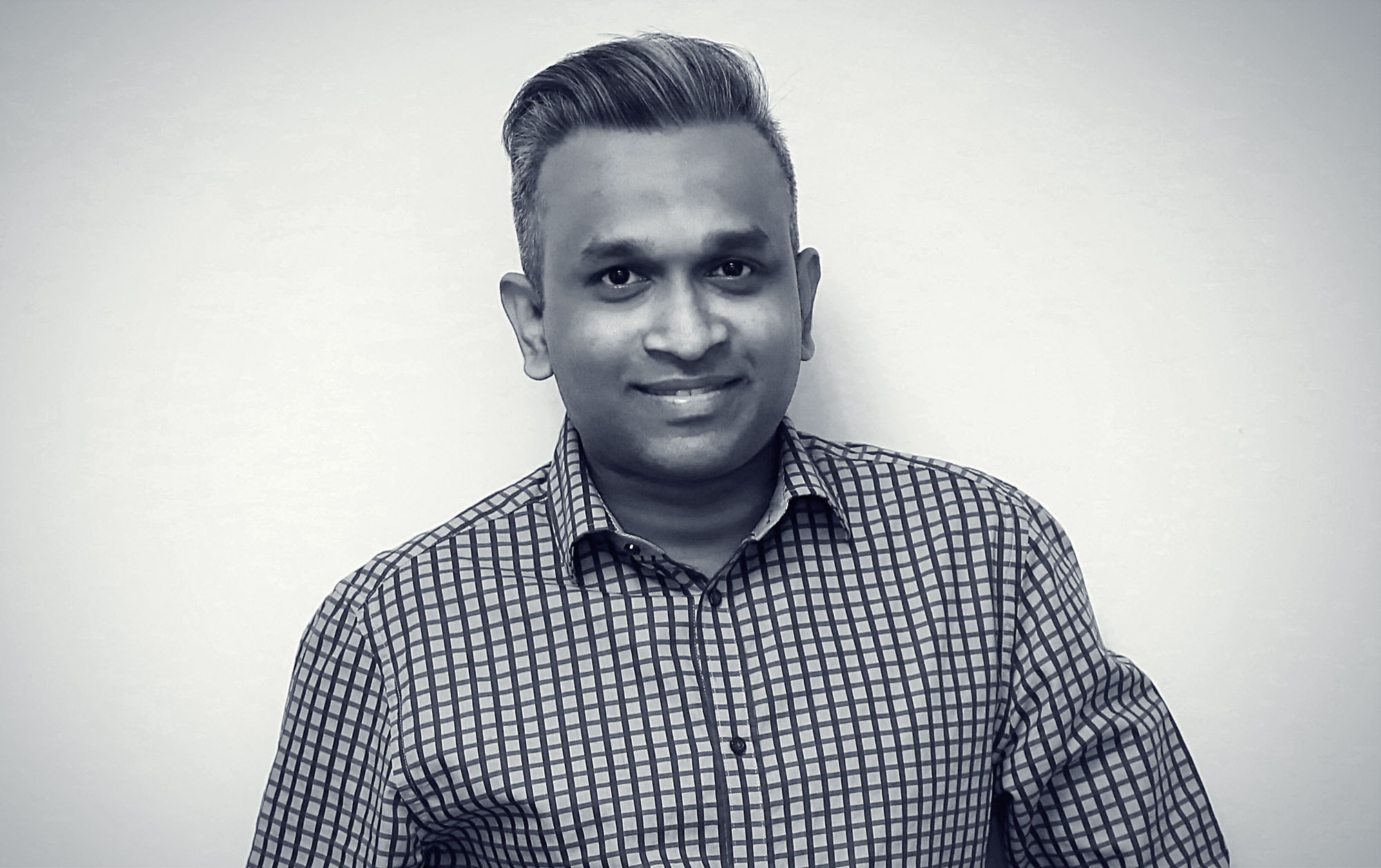 Managing Director
Mani, as he is known, has the kind of charm, wit and personality that immediately puts one at ease. Quite frankly, you’ll be hard pressed to keep a straight face when his quips start rolling.

What makes this enigmatic man stand out even more, aside from his strikingly silver tresses (that are all natural, mind you), is his incredibly positive outlook on life, his strong motivation and never say die attitude. Having come from a design and advertising background, the highly talented artist that is Mani seized the opportunity to be part of Brainchild Group in 2008 so that he could be part of an agency that provided a full spectrum of marketing and communication services.

His own company Sputnik Communications joined forces with the Brainchild Group to form INK PR and Publications, and although Mani found himself in uncharted territory, he sunk his teeth in, jumped in with both feet, hired the right people and just 3 years later, he has an impressive agency portfolio and an extremely bright future for the company to show for his efforts.

Another thing you might (or might not) notice about Mani is that he has a prosthetic left arm, having lost the original in a freak car accident in 2005. While it may seem a little insensitive to mention this as a side-note, it simply mirrors this highly optimistic man’s approach to his situation. Quite often, many people don’t even notice the fake arm simply because of his sunny and upbeat disposition.

To him, there’s no point in feeling sorry for oneself, and it’s always better to see the positives and move on. There’s nothing better one can expect from a leader, we say.

“We have a very strong team and together I believe we can build Ink into one of the top ten Public Relations agencies in the country by 2015 or earlier,” Manimaran Ambalagam, Managing Director, INK PR

A DANGEROUS GLIMPSE INTO HIS MIND…

1.Favourite celebrity?
Julia Roberts and Jack Nicholson (One for each sex mah..)

2.Most interesting trip you have ever taken? Why?
When I was 18, I took a trip to Penang with friends. It was our first trip out of the city and we had no curfew and we just went all out! Lots of things happened, including crossing paths with some cops who thought we were members of a secret society (Kongsi Gelap), a couple of bar fights and even something to do with a stray durian… don’t ask!

3.What is your favourite breakfast food?
Small packets of Nasi Lemak! My max is 3 packets.

4.If you had a million dollars, how would you spend it?
Family first, then pamper myself then save and invest the rest.

5.How would be the best way for someone to approach you?
Just don’t sound cocky and be friendly. I can very quickly tell if I’m gonna be friends with someone.

6.If you could meet someone living or dead, who would it be and why?
David Copperfield – I’m amazed with his magic and performances. I would like to get to know his secrets. Or my grandfather who died the day before I was born – apparently I look just like him!

7.What was the funniest or most embarrassing thing that has happened to you (that you can remember)?
I was playing cymbals in the school band for a march past and I didn’t quite know what I was supposed to do. I led the troop as we entered our school tennis courts but as everyone was behind me, I didn’t notice when they turned around and exited, leaving me standing alone at the corner of the tennis court. I tried to walk out coolly out of there, but it was VERY embarrassing!

8.If you could be a super hero, what power would you like to have?
Elastic Man. I can reach anywhere I want!

9.If you were a fruit, what kind would you be?
Apple.

10.What actor would play you in a movie about your life?
Will Smith – cos he looks like me!

11.If you were given $1 million that you had to donate anonymously, who would be your recipient?
Spread it out amongst 20 – 30 charities for children.

12.If you could take a trip anywhere for 30 days with money not being a consideration, where would you go and what would you do?
Amsterdam!! No, seriously, I would tour Europe and South and North America. I’ve never really been too far from Asia, so I would love to go to places like Vegas and Paris and Italy.

13.If I wasn’t doing this, I would be…..
Probably still be doing design and ad agency work.